I can’t go a day without pinning on Pinterest. I’m addicted. But it’s a good addiction… as with every minute I spend on Pinterest, I’m driving more and more traffic to my blog.

To really succeed at Pinterest and turn it into your top blog traffic referral, you need to get your pins to go viral. It may sound like a daunting and difficult task, but trust me, it’s possible and it’s so worth it! I have quite a few viral pins. Some that I pinned several years ago are still being re-pinned and sending traffic my way.

Following are all the things I think you should consider when wanting to add a pin of your own to Pinterest, so you can give it the best chance to be seen and to be re-pinned thousands of times. 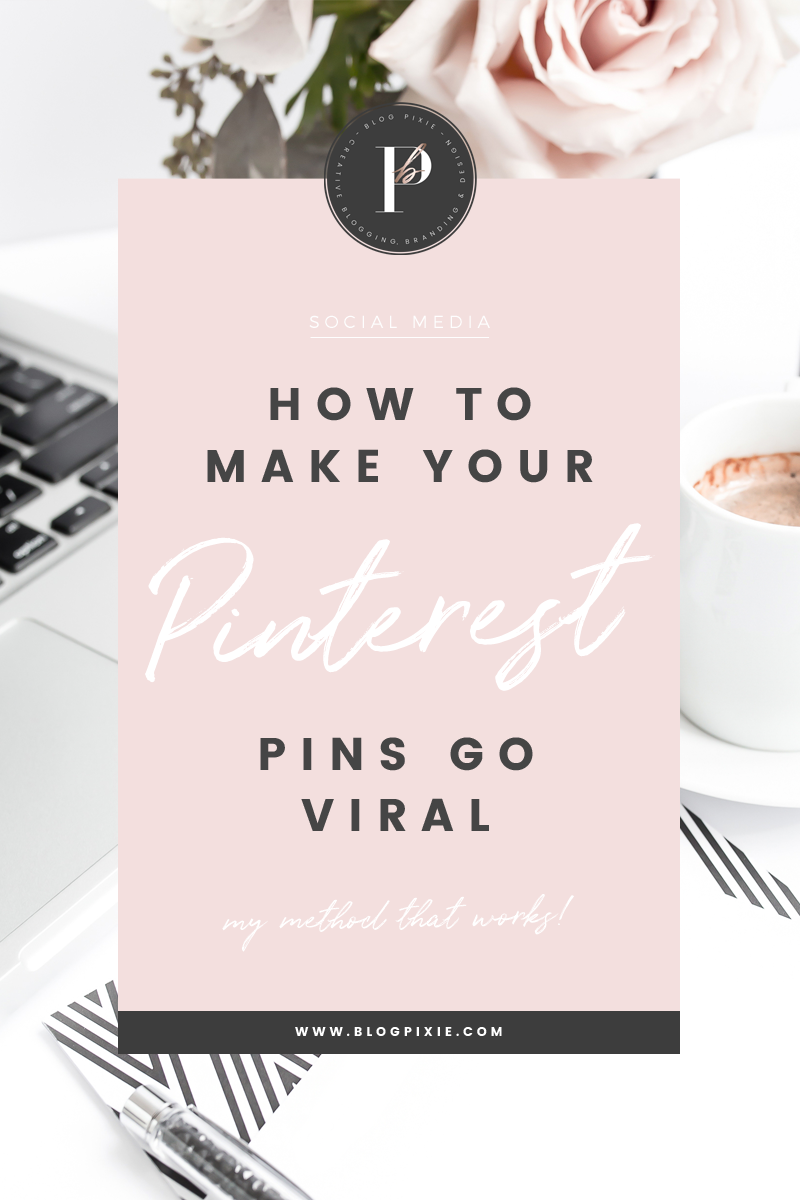 Did you know, the colours you use in an image can effect the amount of re-pins it will get? Everyone is drawn to particular colours and which colours will suit their Pinterest boards, however it has been found that images using red or orange are re-pinned 200% more than those that are blue. If you are creating an image from scratch, try leaning towards more bright, warm colours and leave the cool-toned colours for Instagram.

On Pinterest, the term “real estate” is used to describe how much space an image takes up on the page as you’re scrolling through. Every image pinned to Pinterest will show up in the feed at the same width, but will vary in regards to length. Vertically longer portrait-style images take up more Pinterest “real estate” than square or landscape images. For that reason, the image you’re wanting to pin from your blog to Pinterest should be long. You want your images to be seen, so a great image size to use is 735 x 1102 pixels. 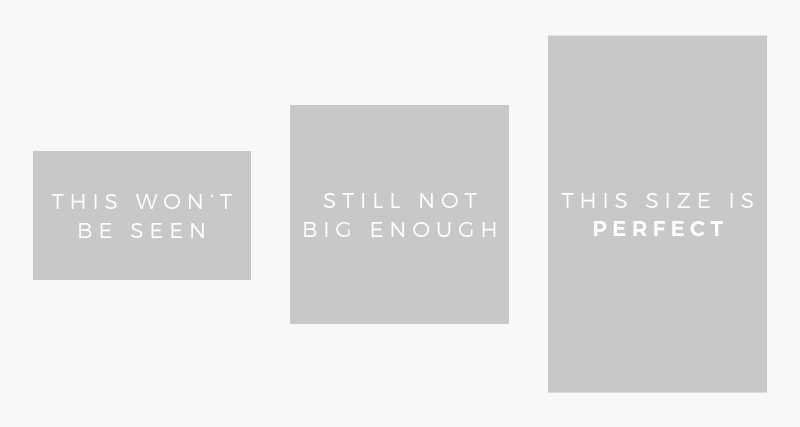 To really dominate the field in Pinterest, branding is key. If you have branded your blog, it’s important to incorporate that branding into the images you take from your blog to your Pinterest boards. That way, your work will slowly become recognisable and can result in more re-pins, as you’ll be seen as a trustworthy source of great content. Branding involves using your logo, your font set (no more than two fonts) and your colour palette, as well as getting your blog URL out there. I go more into branding in the Blog Pretty eBook!

Most pins that blow up on Pinterest have a big catchy headline that draws pinners in. You have maybe two seconds to capture someone’s attention with your image, so think about something you could say that is bound to get someone to click on or re-pin the image for their followers. It doesn’t always have to be the title of your blog post, it also doesn’t need to go as far as to be considered “click bait”. Be honest, but create excitement at the same time. Use numbers, exciting words and even $ figures if you can.

Ask Your Followers To Pin It

If you think you’ve created a great image for Pinterest and have added it to a blog post, ask your followers in that post to share it! There is no problem with asking. You can include a sentence underneath the image saying “Pin me for later!” or conclude the post by letting your followers know they can pin your top image if they are interested. A little reminder like that can work wonders.


The Bolder The Better

As you’re scrolling through Pinterest, you’ll most likely find that your eyes are drawn to images that have bold text. The bolder it is, the easier it is to read. Images that have thin text or use a font that’s overly too fancy aren’t going to draw as much as attention. You need to make an impact when your image is sitting alongside an image with bold writing, one that is basically screaming at you to take notice.

If you’re a relatively new pinner and you don’t have the following that will re-pin anything you put out there, go bold with your text. Make it stand out.

Make It A Rich Pin

Setting up Rich Pins will result in your pins having more information attached to them, and therefore they will appear more important and more reliable. Pinterest will recommend your pins to more people if they’re considered to be “high quality”, and one of the ways you can increase the quality of the pins from your blog is to make sure they’re pinned as Rich Pins.

To get your images from your blog to your Pinterest boards, you need to add the Pinterest browser button to your internet browser. By doing this, you can go to a particular blog post of your’s and using that button, pin an image straight from your own blog to Pinterest. It will end up on Pinterest with a direct link to your blog post, already attached to the image. Pinterest will consider you to be a “valuable pinner” if you’re adding content from other websites (like your own), rather than just re-pinning images that are already on the platform.

As Pinterest is such a visual platform and many images have text already on them, it can be easy to get caught up, pinning away while forgetting about the little caption section. Whether you’re pinning your own pins or someone elses, you need to make sure this section is filled out. Even if it’s just one sentence, you need a caption with a few key words about the pin to boost it in search results and to have it classed as a high quality pin as well.

When adding one of your own images to Pinterest, try writing a caption that has between 20 – 50 words about the pin, including phrases and particular words you think people would search for when trying to find it.

If you want an image to go viral, you can’t just pin it once and expect it to magically happen. You need to re-pin it yourself, several times over the space of a few hours to get it going, for a couple of reasons.

Firstly, many people are aware that re-pinning an image that has less than 5 re-pins, reduces the quality of the board they’re pinning it to. That means they’re going to see your new pin and avoid it, because it doesn’t look like a popular, high quality pin. Another reason is that it can get easily lost in the crowd. There are so many images to look at while scrolling through Pinterest, especially if you’re following hundreds of people, so you can’t expect everyone to see it from being pinned that one time.

There’s no limit to how many times you can re-pin an image you’ve added. Just make sure you space it out, as you will lose followers if you’re re-pinning it over and over, too many times in a row.

Get It On A Group Board

And that brings me to one of the best tips, which is to get your image onto a Group Board. If you’re not already part of a Group Board on Pinterest, you need to find one asap, especially if you’re a new pinner with a small amount of followers. If you don’t have the following waiting there to repin your blog pins, you will need to use someone else’s!

Finding an active Group Board to join that is in the same category as your blog, will help the images you pin reach a wider audience. Therefore, they have more of a chance of being re-pinned. If you don’t know where to find a Group Board, I’d suggest checking out the Facebook groups I listed in my Blogging Resource List, join up and ask around in there. I’m sure you’ll be bombarded with Group Board recommendations! Let's get creative and make your blog, brand and business dreams come true! We are all a work in progress 🤍

The beautiful @_gemmalouisemiles features the Cham

Keep shining ✨ Made with one of the quote templa

Want a stunning website that will make you stand o

In January I decided I needed a big hit of motivat

My life motto 🍫 Made with the Trend Effect scri 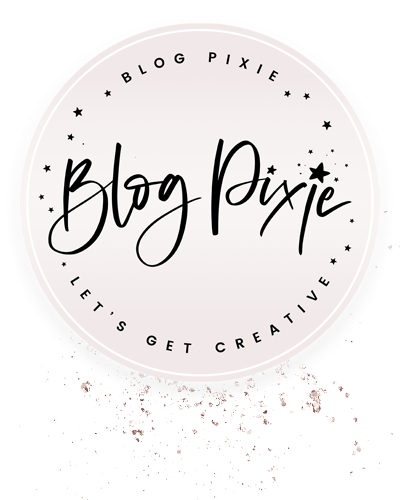 The beautiful @_gemmalouisemiles features the Cham

Keep shining ✨ Made with one of the quote templa

Want a stunning website that will make you stand o

In January I decided I needed a big hit of motivat